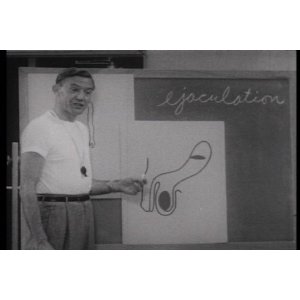 On Friday, the city of Springfield approved a condom distribution program in its public schools in the hopes of helping decrease its rate of youth pregnancies.  Meanwhile, many Pittsfield Public School officials continue to wring their hands and bury their heads in the sand rather than support practical and proven methods for trying to combat the city’s out of control teen pregnany problem.

According to an illuminating report recently in the Pittsfield Gazette, many in the school system  apparently do not favor duplicating seemingly obvious preventitive measures like that about to be implemented in Springfield, where condoms are finally to be made available to students on request.  More disturbingly, it seems the school committee has never even discussed the possibility of condom distribution, a practice that has been growing slowly but consistently for two decades.

Particularly surprising, since Pittsfield ranks eighth (Springfield is 4th) in teen pregnancy per capita in the state, and saw the 2nd highest increase of any Massachusetts city between 1999 and 2009.

“The reality is that the issues that lead to teen pregnancy aren’t solved by having a condom,” said Deputy Superintendent Barbara Malkas, who some believe may be the likeliest successor to outgoing Superintendent Eberwein (unless she snags a higher paying Superintendent position for which she’s being considered in Ashfield).

Ok, yes- but also, No.   Wait a minute.  Last time I checked at least one of the “issues” that leads to pregnancy is sexual intercourse. Use of a condom is said to deter this particular outcome of sexual intercourse by around 99%.

Obviously there are a variety of factors that inform the choices which lead to underage sex, and particularly unprotected sex; many are deeply entrenched on a sociological level which I do not even pretend to have ideas for fixing. For one thing, statistically, about 60 percent of teen mothers indicate that they have been the victims of some kind of child abuse in their lives, a chilling implication in a county where experts say we have the highest number- not percentage, but number- of child abuse cases in Massachusetts, despite being only the 11th most populous county in the commonwealth.

Is it a good idea for youths as young as 12 to be having sex? Of course it probably isn’t. Would we rather they didn’t? I’d guess a majority of people would concur with that.

As with so much of the idealism that floats around the topic education, I absolutely agree with those who believe that a larger proportion of parents should be doing more. It’d be great if more responsible parenting were to take off and catch on like the next big internet meme!

Unless or until such high-minded societal reform takes place, in many cases our public school system is the last line of defense, the only major influence over or lifeline to our local youth that we as a broader community really have.

The often cited counter argument [aside from the whole huge issue of religious beliefs about contraception, which I’ll leave for another day] is ‘Why is it the school’s job (or the taxpayer’s) to provide this?‘ This line, so common of contraception debates, is irrelevant to me.  Many of the things we (taxes/government/schools) do is not strictly speaking, our job.  Some things we do because they’re just a good idea, because they save us all exponentially in financial and social costs later.

To merely dig in heels and grandstand on this point and wish that the desired views would just be adopted is to overlook the prevailing cultural realities of the age we live in. How many decades of evidence do we need that simply hoping for the best and putting our eggs in the basket of abstinence-heavy (or -only) educational support is hideously ineffective? It’s hasn’t worked for drugs (see: D.A.R.E. = Epic Fail), it doesn’t work for sex…  If you really think that any amount of educating and scaring is going to keep a vast majority of teens from ever engaging in any sexual acts, with often MIA parents, and almost every form of modern entertainment and commercial marketing suggesting the opposite of abstinence… I don’t know what to tell you.

I’m not saying there shouldn’t be a broad-based approach across the educational spectrum.  All the most conclusive studies seem to show that condom availability works well as part of a comprehensive sex ed strategy. All types of support are needed, including dispelling some of the troubling notions about parenthood some young people have.

THE SCIENCE HAS BEEN IN FOR YEARS. CONDOMS GET USED MORE WITHOUT INCREASING TEEN SEXUAL ACTIVITY. FURTHERMORE, POLLS SHOW MOST AMERICANS SUPPORT IT

A few school committee members, including  Daniel Elias, the most senior member, were cautiously reasonable on the subject.

“It’s kind of surprising that it’s never really been an issue,” the Gazette quotes Elias as saying, unable to recall the topic ever appearing on a school committee agenda in his 12 years. “Elias said if the condom issue arises in Pittsfield he’d welcome the dialogue. ‘I can make a case for it or against,'”

Yes, it is indeed surprising, shocking even, that our school committee has not even discussed this issue in at least twelve years, if this is the case.

Our continued failure to make a dent in this prevalent social problem in Pittsfield is dreadful, and resistance to such an obvious scientific method of reducing this travesty is mind boggling… as is why the subject has yet to  even  be really broached in our school system, when a growing percentage of other Massachusetts school systems have been implementing this with success for years?

In light of our  consistently bottom percentile on youth pregnancy prevention, why is this possibility not at least being explored more in depth, put out for public input to see what the community thinks? Why was this not done in like 1993, when this was already a tired plotline for tv dramas?